Like many Stowe Area towns, Hyde Park is a small town with a rich history. The Town of Hyde Park was established by a charter granted by Governor Thomas Chittenden in 1781 to soldiers of the American Revolution. One of those soldiers was Captain Jedidiah Hyde.

There is some debate about the town name, however. Some say it harkens back to two other fashionable Hydes: Hyde Park, a popular recreation spot for Londoners of the time; and New York’s, Hyde Park, on the Hudson. Others say it’s about hides: at one time Hyde Park was a major tanning center and at one time was one of the largest dealers in hides and skins in the world.

The Town was officially organized in 1791 after Vermont became the 14th state, and in 1836 it became the Shire Town (county seat) of the then newly formed Lamoille County

Hyde Park, VT is the county seat of Lamoille County. Hyde Park consists of a charming Vermont village surrounded by the township. Adjacent to Morristown and Johnson it is centrally located to all area activities.

Hyde Park usually has a relatively large inventory of diverse housing options. WIth both village and rural choices there is something for everyone. Please contact Carlson Real Estate for more information about Hyde Park and Hyde Park properties. 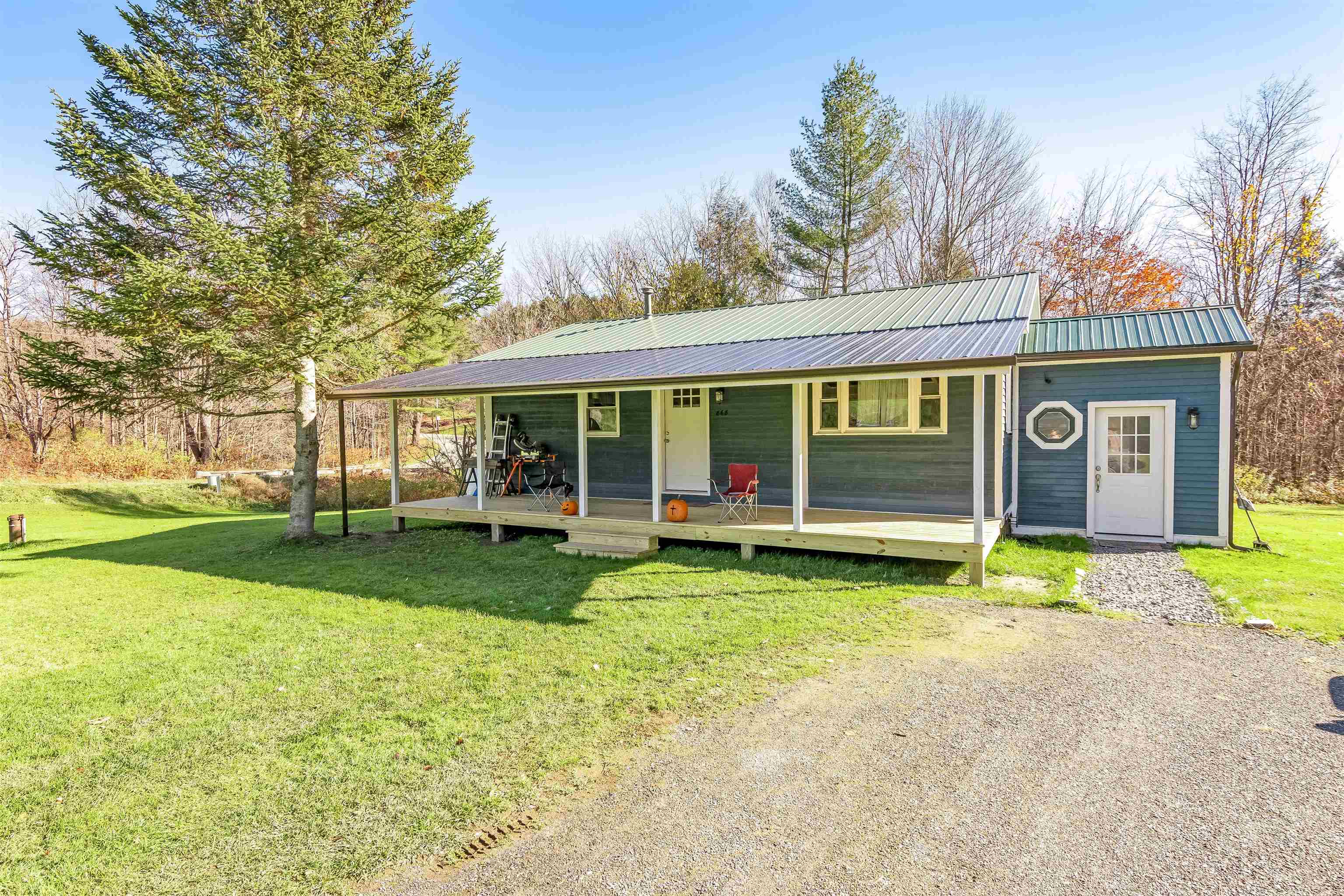 Welcome home to this charming ranch on 1.41 acres. Pride of ownership shows with several updates including vinyl plank flooring throughout, new light fixtures, new covered front porch, finished basement, paint, and so much more! Enjoy an open floor plan with two bedrooms and large full bathroom on the main floor. The breezeway/mudroom makes a great entry point for the home and storage location. The home has lots of natural light, and an electric fireplace for cozy gatherings. Plenty of storage in the basement, and room for the family to play or entertain. Large family room and bonus room to be used as you desire, many possibilities! Great location, only a few neighbors, a nice slice of the country for your quiet enjoyment. Schedule your showing today! 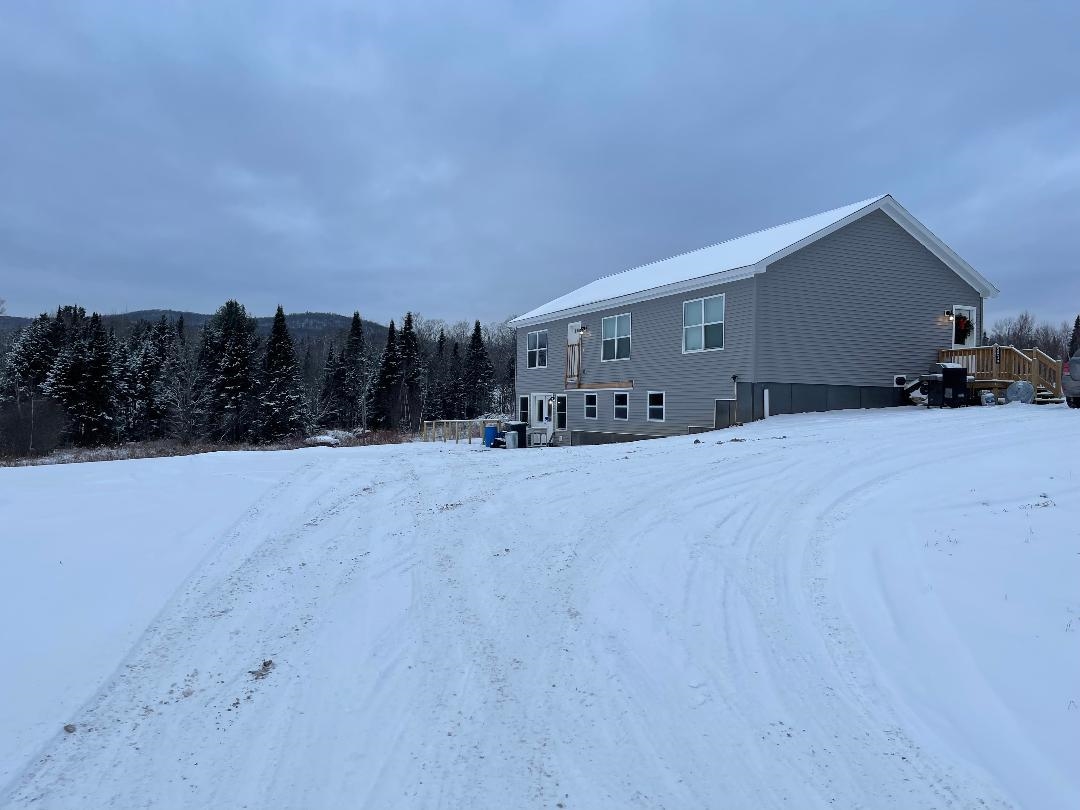 Beautiful new 2021 construction home just outside of the village! This charming 3 bed/2 bath home sits on 1.31+/- acres. Wonderful mountain views with lovely manicured landscaping! The kitchen features energy efficient appliances and an island with room for 4! The master suite has a large walk-in closet featuring a master bath w/ double vanity. The fully insulated basement is ready for its new owners to finish for added living square feet, and a large utility room with a quality on demand system! Got dogs? This home has a high end doggie door and great fencing ready to go for your furbaby to move right in! The buyer has a chance to design the deck to meet their needs! Truly a well thought out designed home that is so charming & cozy, efficient and in a fantastic location! 10-15 minutes to shopping and city amenities yet has a very country feel. A stunning listing, turn key AND has a limited 10 year warranty offered by manufacturer! 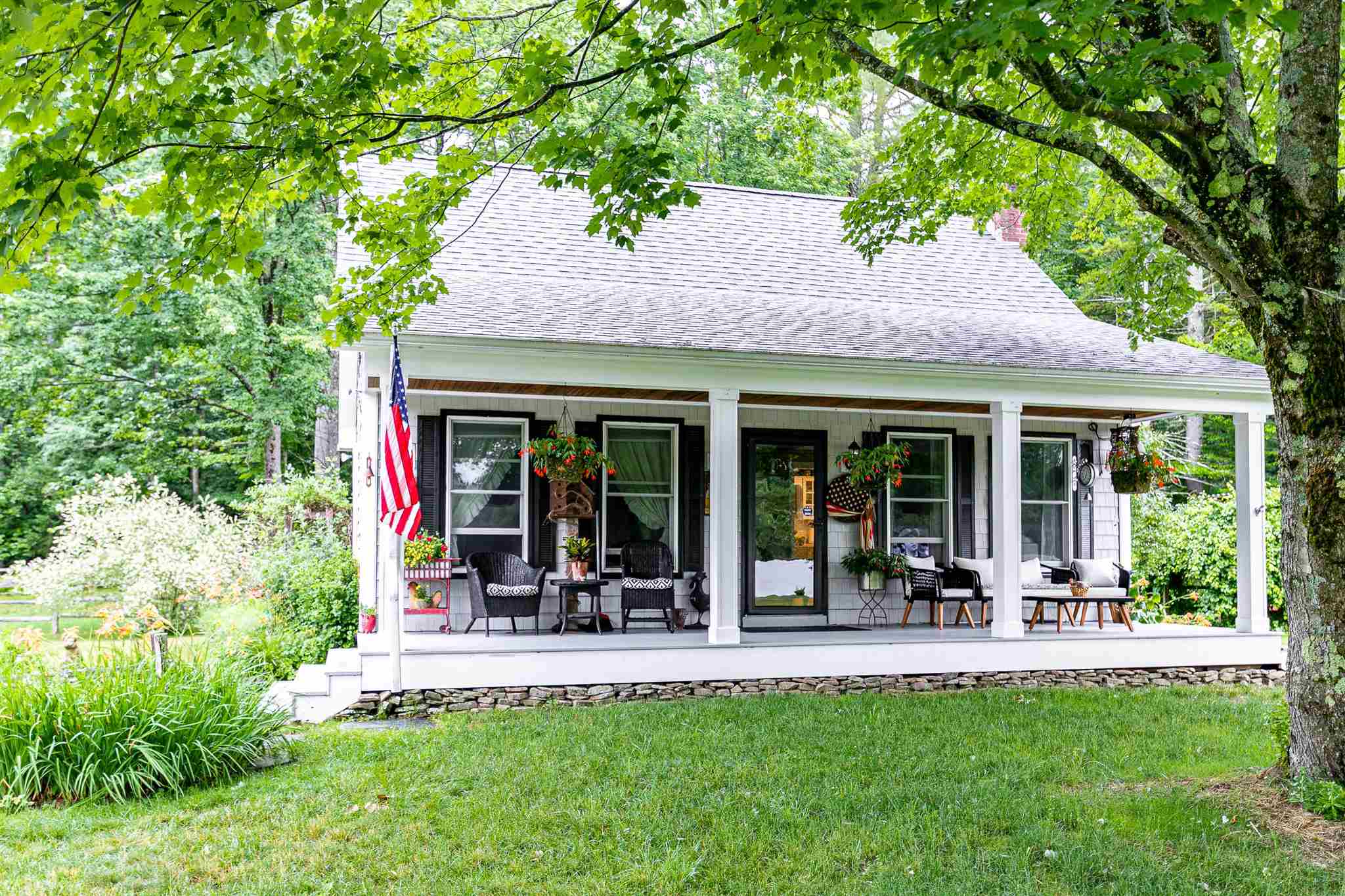 Amazing property nestled right in the heart of Hyde Park. This 3 bed, 1 bath 1800 square foot home has been updated from top to bottom and throughout the very private 1.55 acres. The tour begins on the handsome country style covered porch. When you enter the home you will notice the updates immediatiatly. The shiplap planking in this home gives it a very modern finish. The living room gives way to the tastefully updated country kitchen. This kitchen is bright and features stainless steel appliances. The first bedroom is located on the main floor off of the kitchen. This bedroom is large and features a mini-spit heat pump that provides air conditioning and supplements the homes heating system. The second floor features two large bedrooms, one of which also includes a mini-split unit for added comfort. The full unfinished basement offers plenty of storage and other opportunities. The 1.55 acres is full of added benefits including trails for hiking and skiing. The large heated barn is wonderful for the two horses living on property and there is a heated dog kennel on property as well. The property is full of perennial plantings and gardens as well as a sturdy maintenance shed. This property is supported by an on-demand generator. The home is conveniently located just a short drive to Stowe Mountain Resort, Smugglers Notch and 45 minutes from Jay Peak. This property is a must see and is looking for the next horse owners to love it as much as the Sellers have over the years. 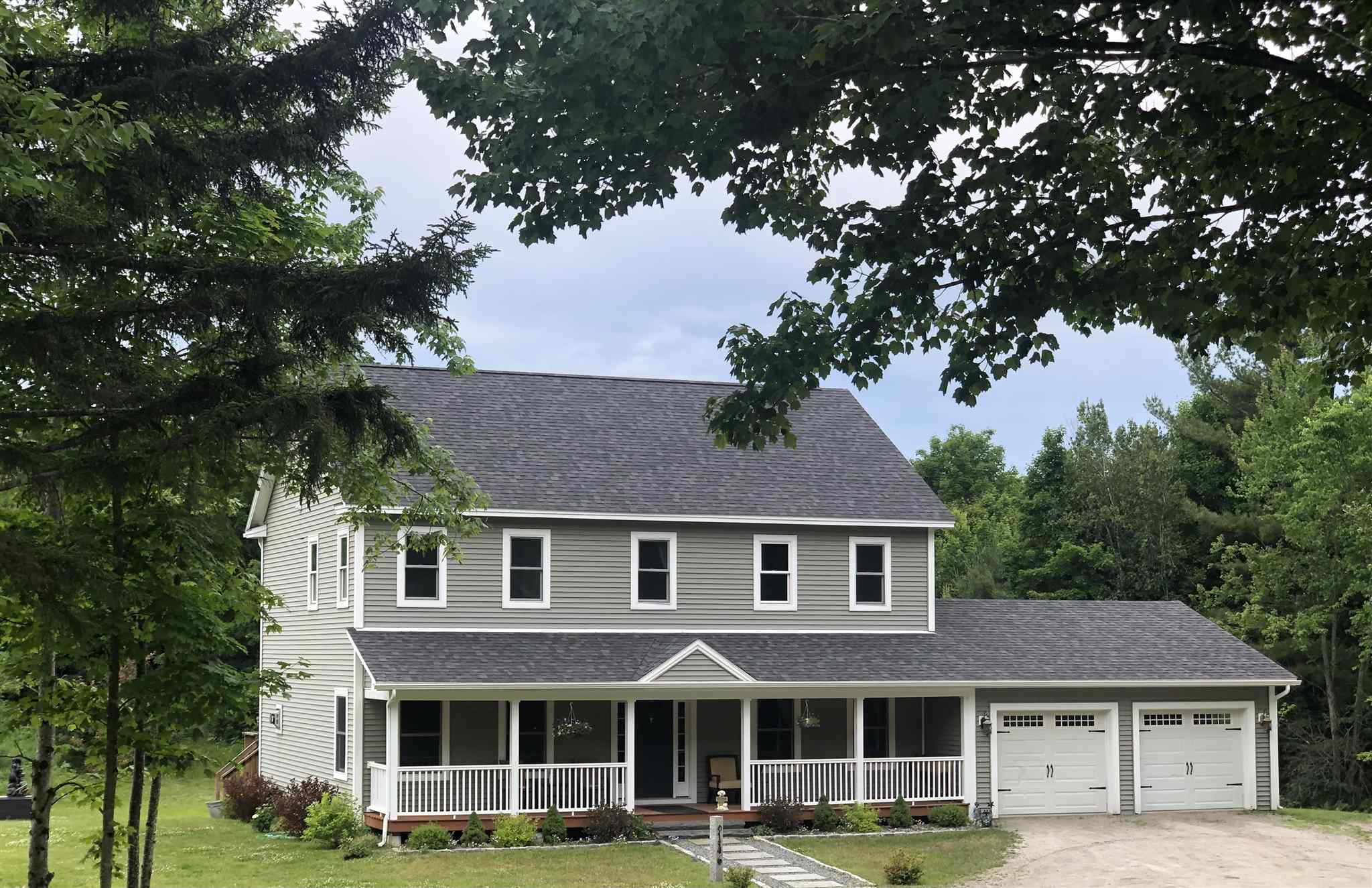 This is a WOW property!! Yes, there is high speed internet available here. With 4 bedrooms and 2 bathrooms on the 2nd floor, it's a really inviting floorplan. Located in a sought after subdivision yet absolutely private. So quiet!! The kitchen features lots of recessed lighting and there's a pantry cupboard that will hold a plethora of goods. There's a stylish, gray island for storage galore! The owner is a landscaper and has added so many lovely perennials. Spend quiet time on the front rocking chair porch or grill on the back deck. The level back yard would be the perfect location for a pool with privacy. Off the front foyer is a room that would make the perfect home office. A cozy first level den could be used as a first floor bedroom if the need arises. A perky 1/2 bath is located so perfectly next to it. Find peace and quiet next to the glowing living room stone, gas fireplace. The master bedroom features a large, walk-in closet, a private bath w/2 glam pedestal sinks and an oversized whirlpool tub and separate shower. The attached 2 car garage has auto-openers and leads to a large mudroom where you'll find a laundry closet and lots of storage. The walk-out basement has a fabulous finished area perfect for family entertainment away from it all & complete with a 3/4 bath There is a huge backyard for family fun Let's face it.... this home has it all!! 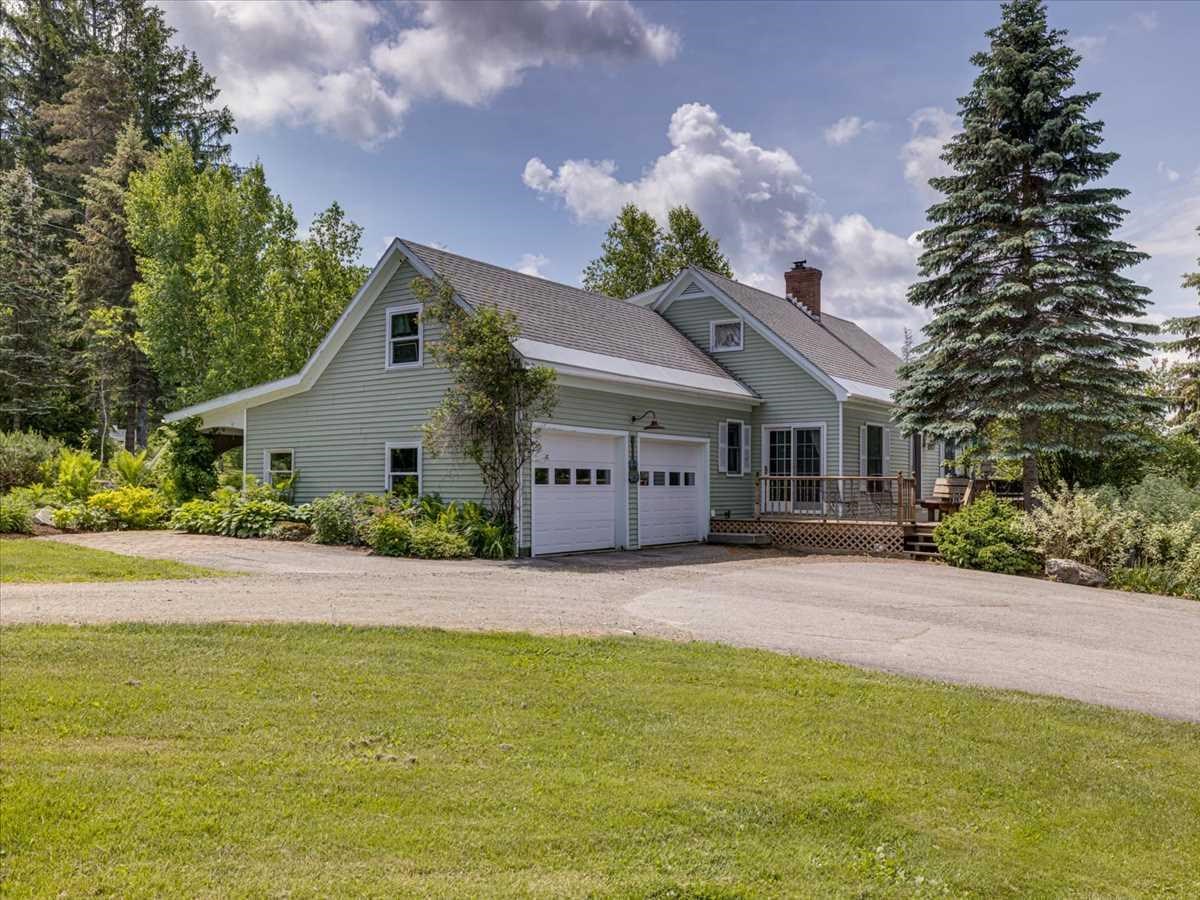 Welcome home to this peaceful oasis on nearly 11 acres! This property has so many creative touches inside and out. It has been meticulously designed, created and landscaped by the owner, a professional landscaper. It includes two separate buildings for living and an additional workshop/studio/barn, or customize this space to your needs. Enjoy the beautiful pond that feeds into a stream and features a tranquil waterfall. Don't expect a cookie-cutter design when you enter this Cape. This home offers over 2000 sq ft with an attached two car garage and a family room flooded with natural light that looks over the stream in the backyard, custom details throughout, including the slate fireplace, birch post, and custom lighting features. Partially finished lower level is perfect for office space or exercise room. The second building is ideal for an art studio, a place to accommodate overnight guests, more living or use as a separate office space. It features an open kitchen/living area and loft, and includes heat, water & electric. A separate outbuilding is available for many uses- all it needs is your imagination! Within approx imately 30 minutes to ski resorts and approximately 16 miles to Stowe, this property offers the best of both worlds: a private country setting and access to local Vermont attractions. Make this magical retreat your home! 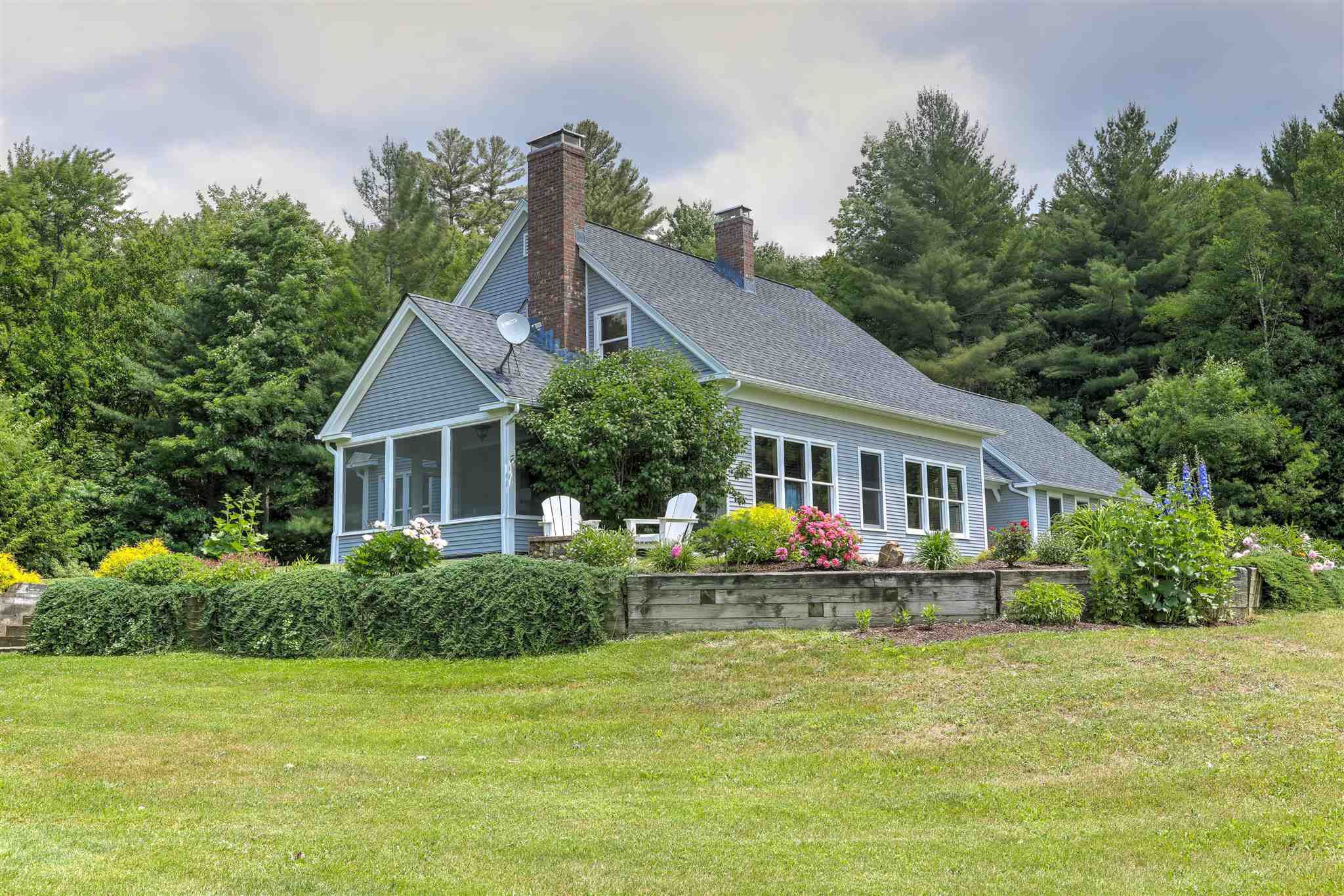 Stargazer Estate is a perfect example of what Vermont stands for. With this immaculately renovated Cape Farmhouse style home you'll find over 200 acres of meadows, walking trails, 2 beaver ponds, streams complete with waterfalls, woods to explore and the most stunning sunsets you'll ever see in the distant mountain views! On the first level of the home you'll find a welcoming foyer, den/office with access to the lawns in the back, open area concept with well appointed kitchen, formal dining and other dining complete with Hearthstone wood stove, 2 living areas one with gas fireplace and screened porch to enjoy the sunsets. Second level hosts 2 master suites one with gas fireplace, extra bedroom, full bath and laundry room. In addition there is a full basement to expand into, attached 2 car garage, air conditioning in home and a whole house generator. Only 1 hour from Burlington International Airport, 20 minutes to Stowe, Burke Mt. and Smuggler's Notch...3 major ski areas. Own this wonderful piece of Vermont!!

Copyright 2022 New England Real Estate Network, Inc. All rights reserved. This information is deemed reliable, but not guaranteed. The data relating to real estate for sale on this web site comes in part from the IDX Program of NEREN. The information being provided is for consumers' personal, non-commercial use and may not be used for any purpose other than to identify prospective properties consumers may be interested in purchasing. Data last updated January 27, 2022.