Morristown is in the heart of the Lamoille Valley Region, one of Vermont's fastest-growing areas. At 44.56˚ north latitude, Morrisville is just south of the halfway point between the equator and the North Pole. Some find this a chilling thought while others revel in the bounty of snow this location promises.

Mount Mansfield, Vermont's highest peak, lies just to the south in the Stowe. Burlington, Vermont’s largest city, is 45 miles away; and the state capital, Montpelier, is 30 miles away. But more important to some is the close proximity of Vermont’s best known ski areas: Stowe and Smuggler’s Notch.

There is usually a large, diverse inventory available in the Morristown area. Homes range from charming starter houses to spacious estates on large land parcels. Located just north of Stowe, Morristown is an easy drive to skiing and the interstate. 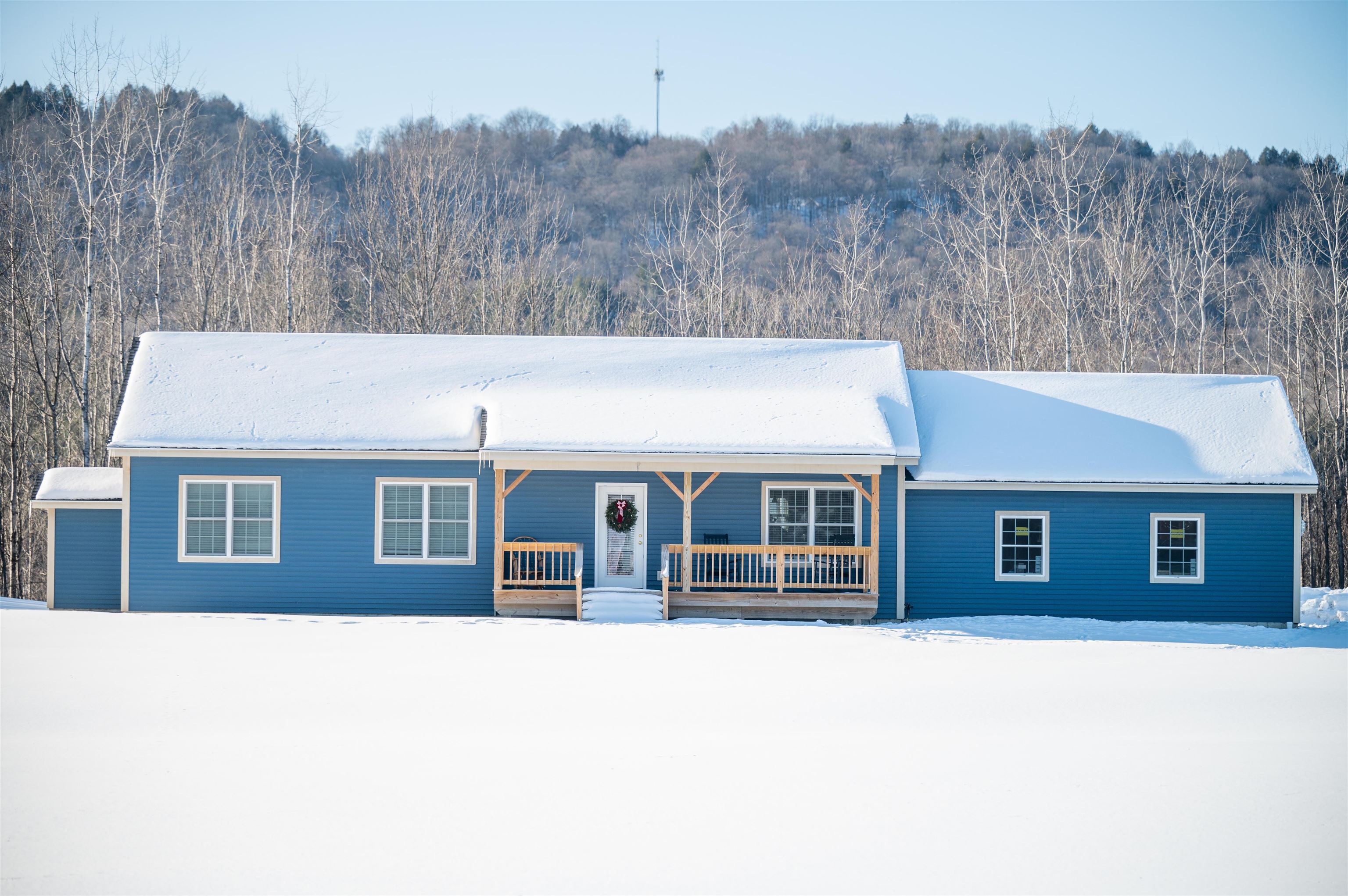 This ranch style home was built just 2 years ago. This home offers an open concept floor plan, with lots of natural light. The heart of the home has ample cabinets and a large island for all your prep work. Beautiful granite countertops. Located off the kitchen/dining area is a deck for entertaining or perhaps just relaxing in the evenings. Primary bedroom has its own private bath. A full bath in the hallway and 2 extra bedrooms. Great garden space and lawn area for all your summer time activities. This home has 2.12 acres, and is located near shopping and minutes away to Skiing. 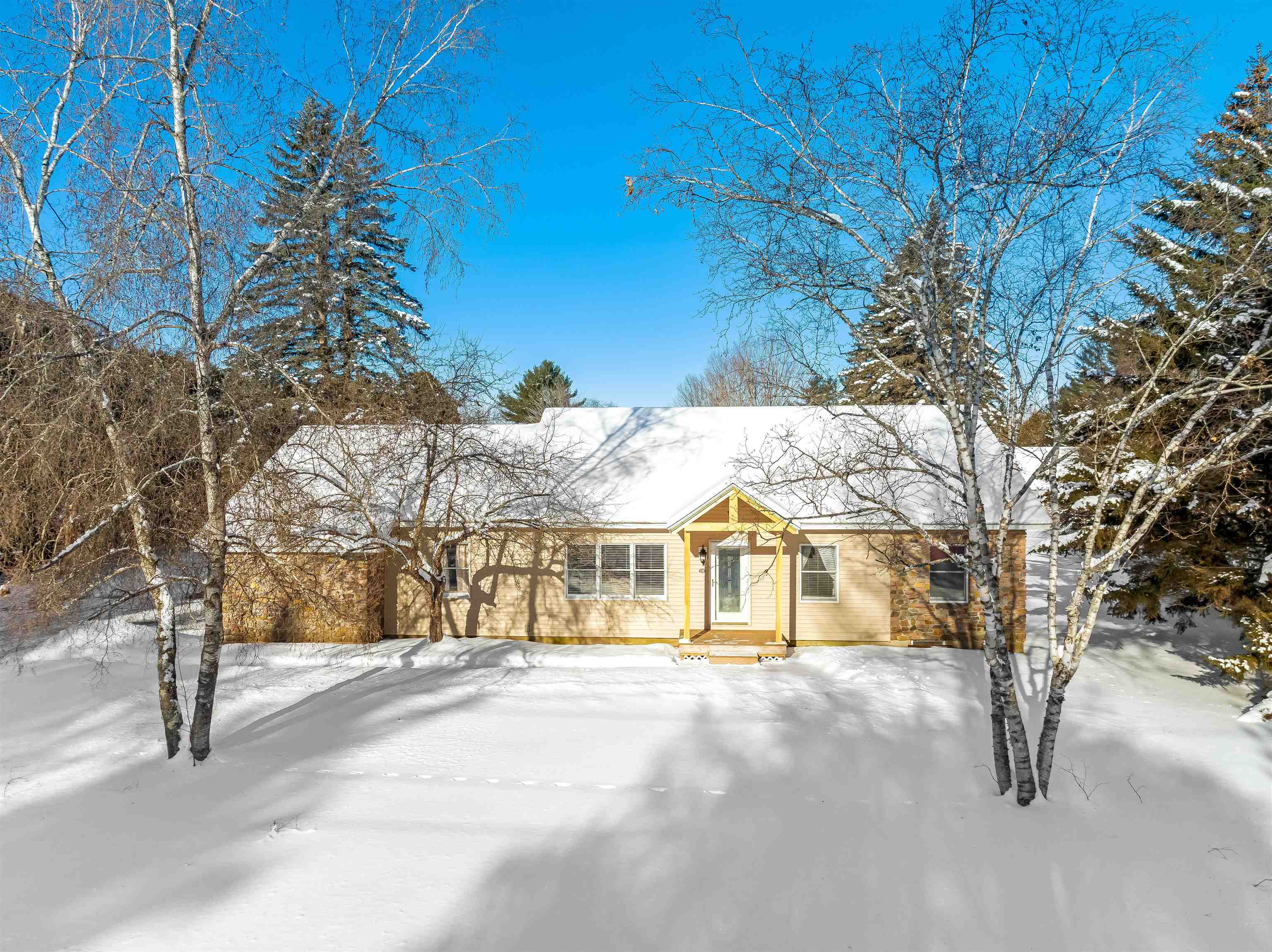 Fairwood Parkway is a lovely, established neighborhood, minutes from the center of Morrisville - one of the fastest growing towns in Lamoille County. Mature landscaping and evergreen hedges provide year-round privacy between homes and their spacious flat yards - perfect for gardens and outdoor living. Beautiful birch hardwood floors throughout the living room, dining, kitchen and bedrooms… the entire first floor was recently painted. The main floor has the main living room, open concept kitchen and dining rooms with beautiful built in cabinets, 3 bedrooms and 1 ½ baths, a walkthrough pantry / coffee bar, and main floor laundry. The lower level has a dedicated home office and exercise / family room (with brand new flooring throughout) a ¾ bath, workshop area and storage rooms with plenty of shelving. The attached garage offers extra storage area as well. The roof was replaced 4 years ago, and the exterior siding is brand new and the front porch was reconstructed recently, with the addition of new lighting fixtures. Comcast available for highspeed internet. Showings begin Saturday, Jan 29, 2022. 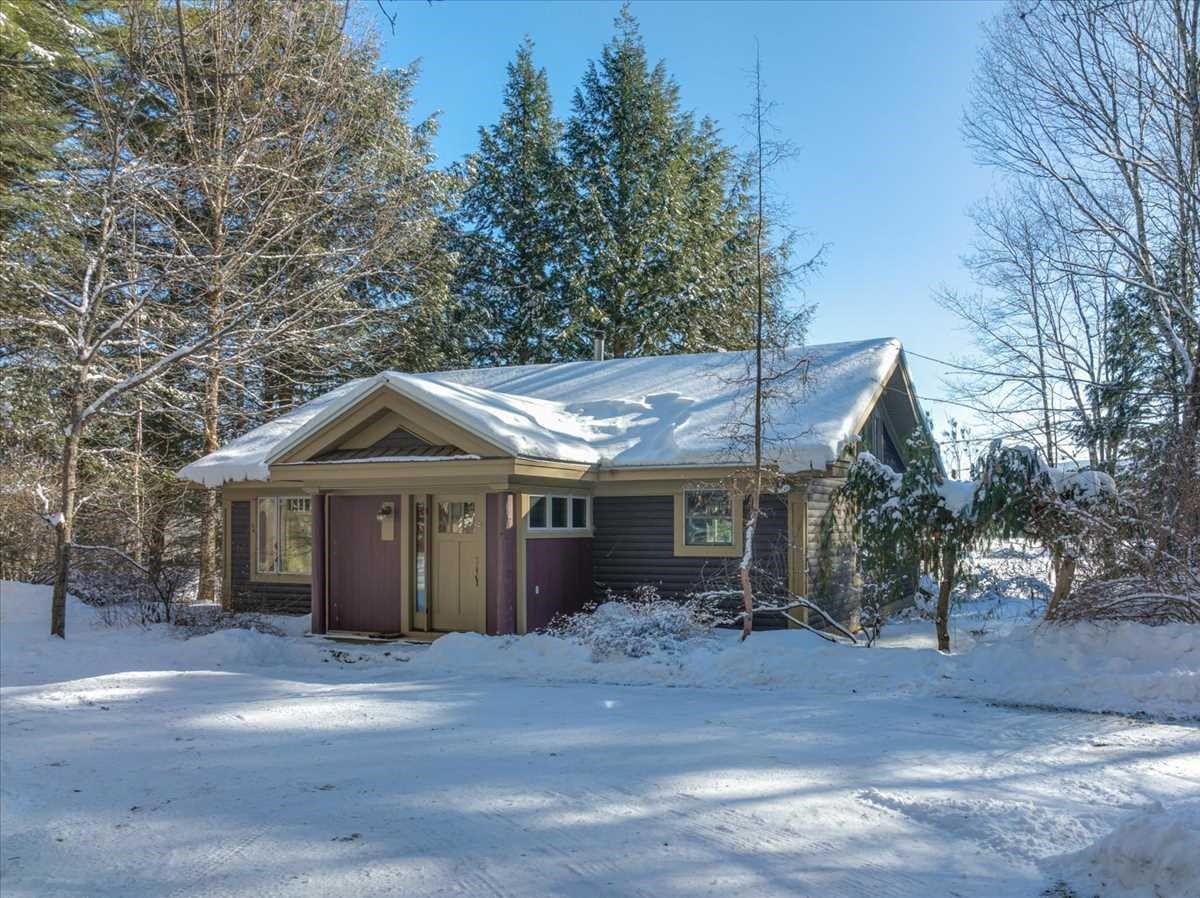 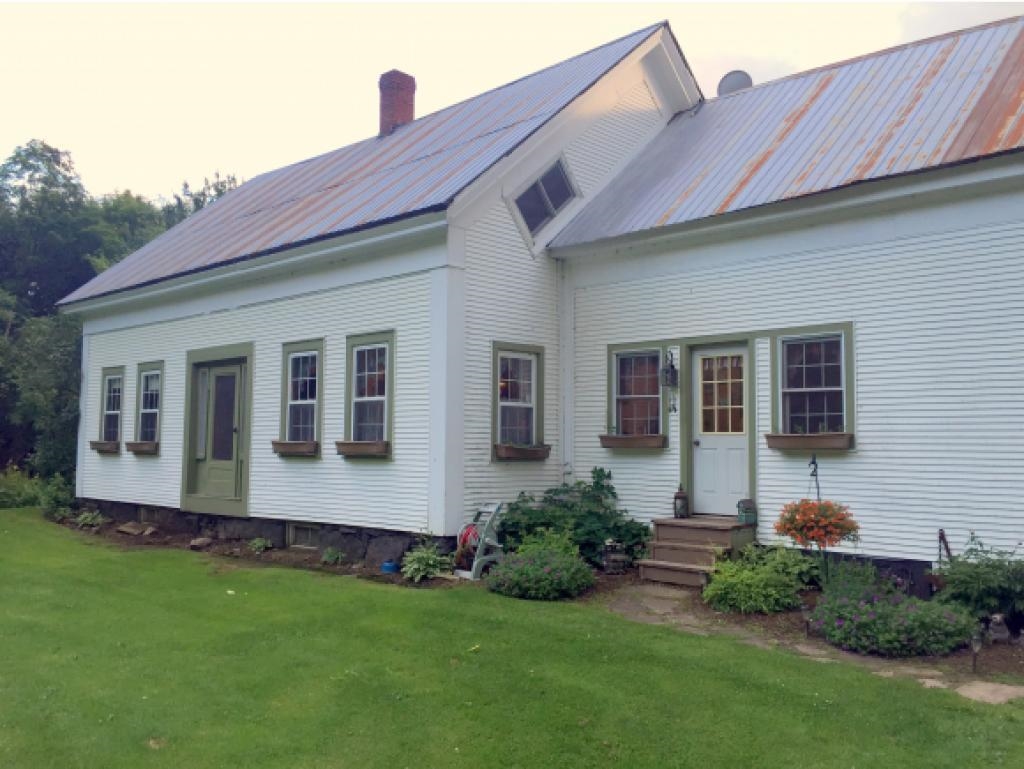 This charming 19th century farmhouse, minuets from Morrisville village is an ideal candidate for the person who would like a remodel project. With great bones, wide board floors, exposed beams and westerly views, this house just needs your input and imagination to become a special place at a great price 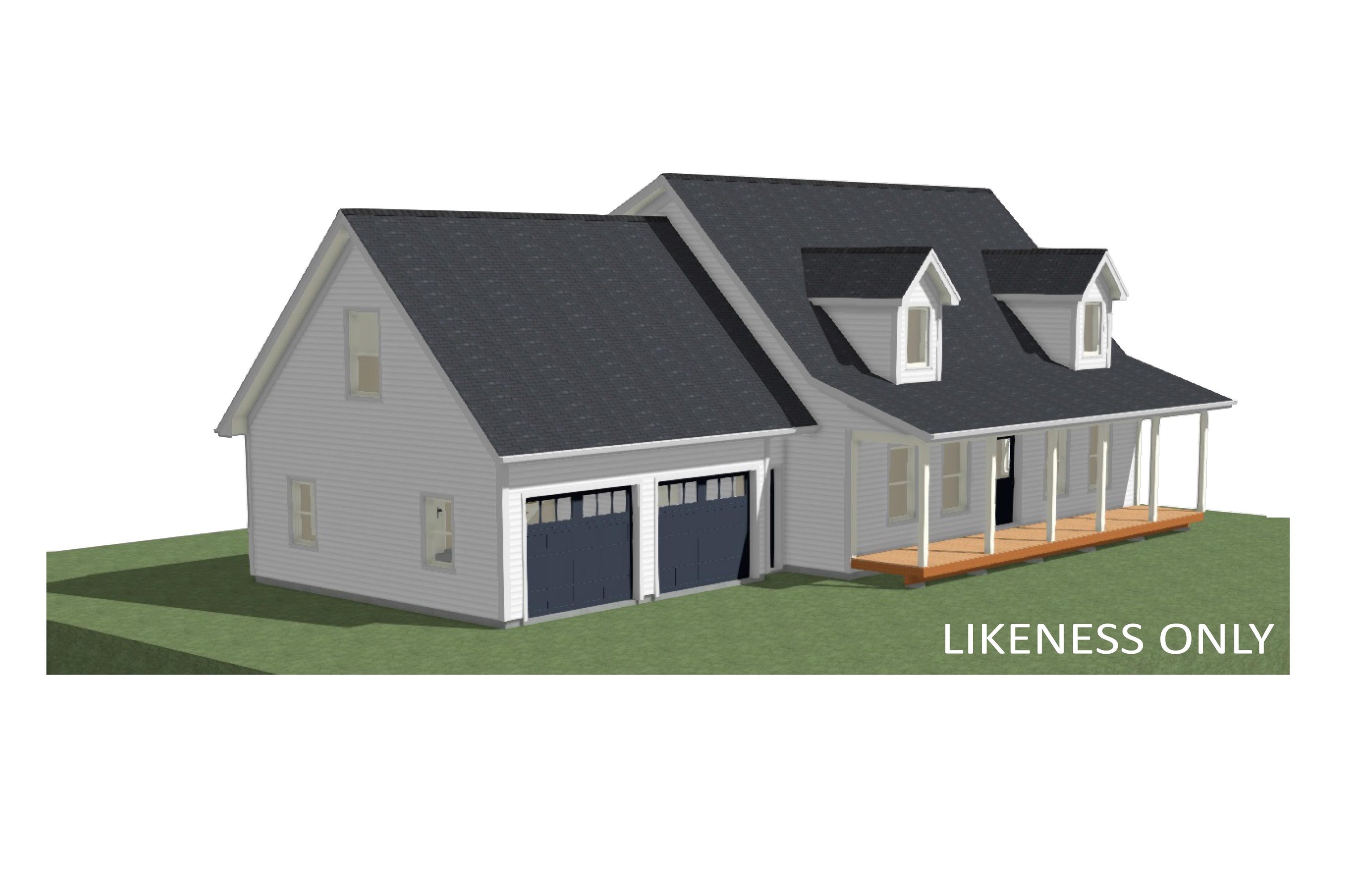 LIKENESS ONLY...build this home or one of your liking on this 3.46 +/- acre lot. Located close to conveniences yet near the end of a dead end road, this property offers, privacy, and views of Elmore Mtn. Call for details... Builder/Seller has been building in the area for over 30 years. 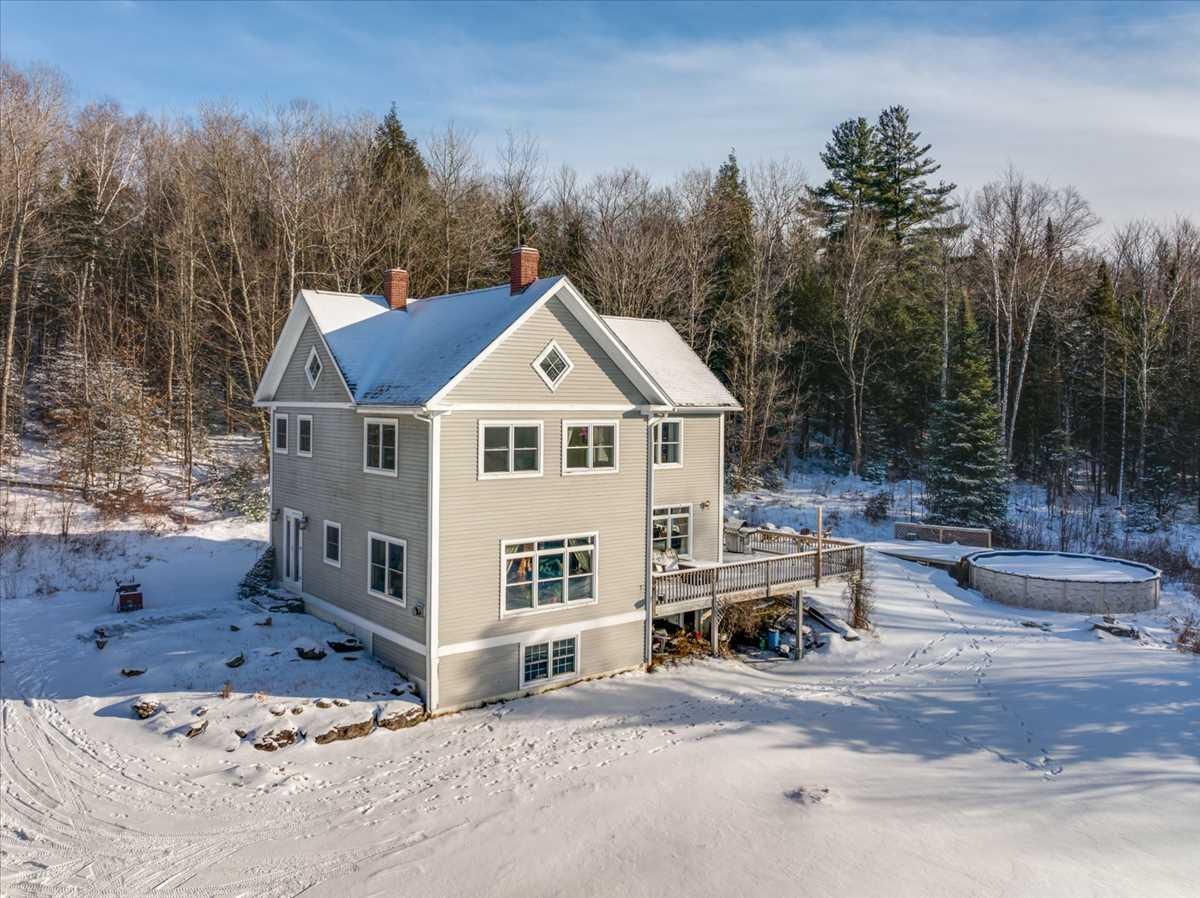 Designed with your comfort in mind, the functional floor plan features a warm, welcoming interior and boasts well-proportioned rooms and expansive living areas. A cook's dream, this spacious, eat-in kitchen has been beautifully maintained to include stainless-steel appliances, gas oven, upgraded countertops, breakfast bar, wooden cabinetry and a large walk-in pantry. An ideal space, the well-proportioned guest bedrooms provide large closets and mountain views. Charming and classy, the primary suite offers a spa-like ambiance and features a large en-suite bathroom with body shower, a large closet and walk in closet and expansive mountain views. Host an alfresco party in the beautifully maintained backyard, which features wood decking, above ground pool, verdant lawn and well-established trees. A quiet haven where you can really relax.

Listed by Steven Foster and Kathleen James of KW Vermont-Stowe 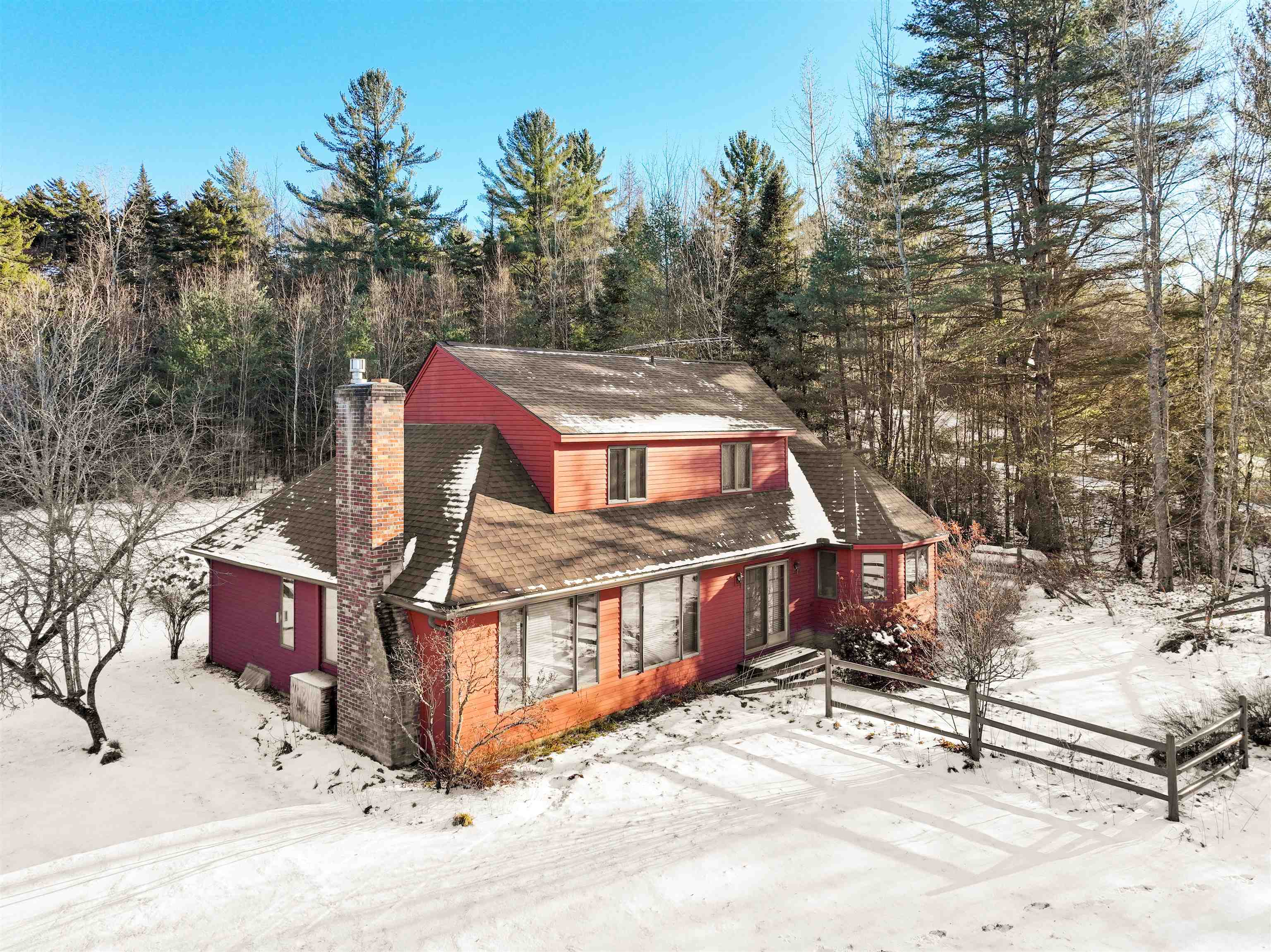 Enjoy the convenience of living between both Stowe and Morrisville. In this peaceful, private location, set far off Randolph Road, you will find a well cared for home with an attached two car garage. Enter through the front foyer to an open floor plan with a full wall of windows that span the entire space. This home can accommodate a crowd with its spacious flowing floor plan from dining room to the sunken living room. The eat-in kitchen has a large center island for all your meal preparation and windows all around the kitchen table inviting nature inside. For a more formal get together enjoy your guests at the dining room table before gathering around the gas fireplace in the large living room. For the remote worker, a first-floor den is conveniently located on the far end of the house away from the day-to-day activity. The main level has pristine hardwood floors as well as natural wood trim and doors that extend throughout the home. On the second floor you'll find a master bedroom with a private sitting room (could also be office / exercise space) with an ensuite full bath. Two more bedrooms share another full bath to complete the floorplan upstairs. The full unfinished basement is just waiting to be finished as any variety of things...perfect as a recreation space. Outside the yard is flat with some distant mountain views. A beautiful country setting tucked away in the woods yet conveniently located to all you need. 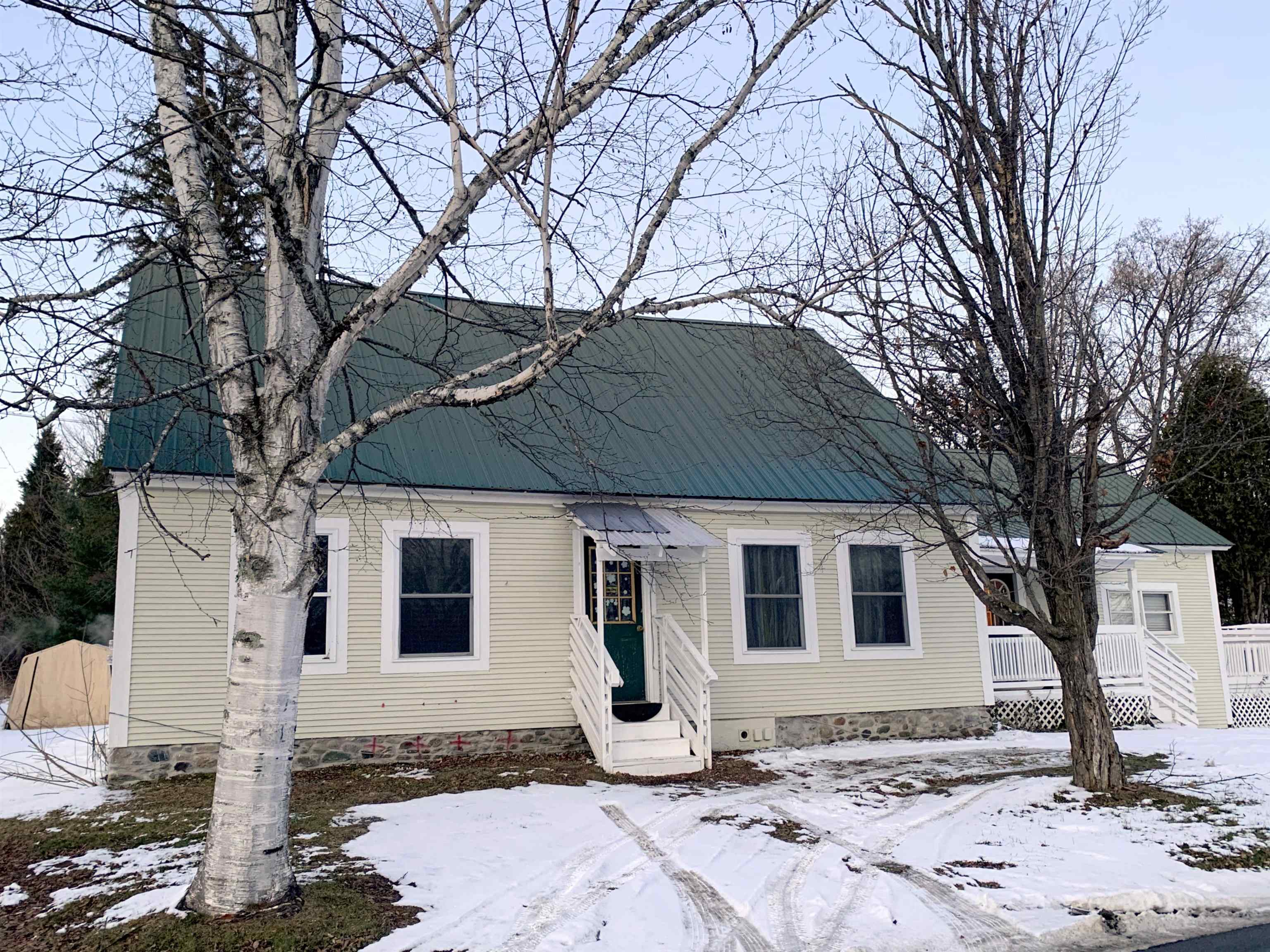 Great Duplex close to town amenities. Owner has brought up to code and done some up grades. This 3-4 bedroom home with studio apt. with nice deck for BBQ's or relaxing, this home has much to offer at a reasonable price.

A property like no other in Hyde Park. A sprawling, highly desirable one-story, meets post and beam; meets adirondack mountain ski chalet, meets southwest ranch, meets entertainers paradise! Perched high on the hillside of 42.+- acres offering tranquility, seclusion, yet-the conveniences of living close to town; Xfinity internet, shops, dining, schools, healthcare, Stowe, skiing, green river reservoir. A breath of WOW! as you enter the front door, striking majestic views of the mountain range and spring fed pond mesmerize you from each room. A seamless floor plan for ease of daily life, or entertaining, flowing from kitchen, to dining, to living, to game room. A GREAT room at it's finest. Custom features include vaulted ceilings, solid wood beams, floor to ceiling windows, and exquisite tile work in bathrooms and living space showcase this property and the care and attention it has received. Bedroom layouts for family, yet with privacy, conveniently placed in separate wings of the home. Easily all come together for mixology at the wet bar, holiday dinner overlooking the living room fireside, or shoot a game of pool listening to music in the game room. Seeing the mountains. Invite guests to pull up to the front door via the circular paved entry, easily enter/exit your garage through the pass through doors. Bring your dreams, live your best VT life on this spectacular property, never before offered for sale. 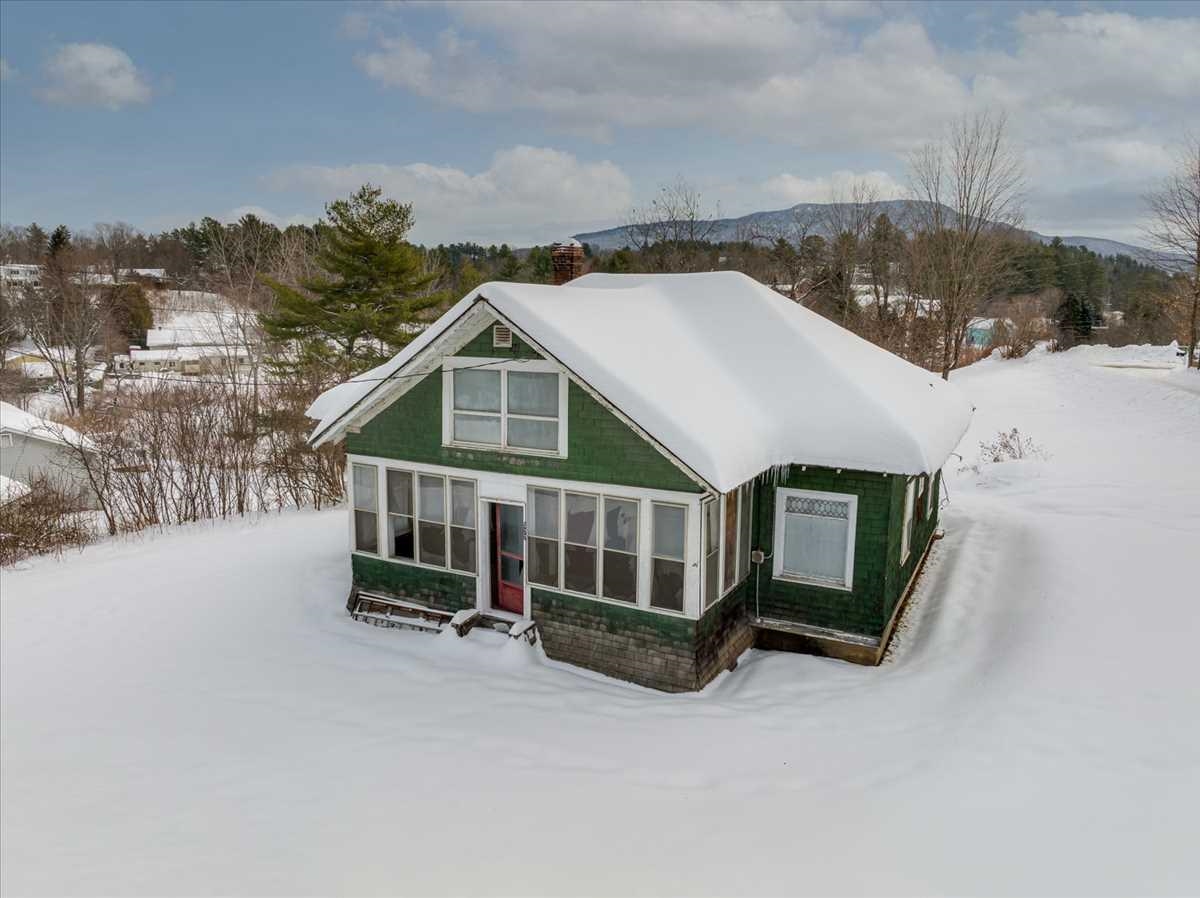 Two lots ready for your buildings. The plan was to demolish this house for the build of two new duplexes. However, maybe you would prefer to rehad this Bungalow, it's going to need a whole lot of love should you choose to go that route. Convential Financing (possible) or Cash offers.

Copyright 2022 New England Real Estate Network, Inc. All rights reserved. This information is deemed reliable, but not guaranteed. The data relating to real estate for sale on this web site comes in part from the IDX Program of NEREN. The information being provided is for consumers' personal, non-commercial use and may not be used for any purpose other than to identify prospective properties consumers may be interested in purchasing. Data last updated January 28, 2022.